I just got back from Derby City Comic Con.  It was much smaller than I knew - one day, really one big dealer room.  Very strict comic focus.  As an author, absolutely and utterly useless.  Personally, I had a BLAST.  Knowing that I was going to a comic con and they are full of Things To See, I took a lot of photos.  They are horrible blurry iSpud photos, but I took three or four of each and kept the best focused.

First up, we have what I refer to as the 'Home Court Advantage' - living in the city, I knew a free parking lot in the area.  This is the heart of downtown at noon on a Saturday. 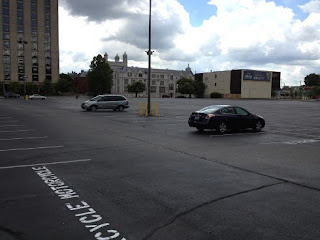 This was the first thing I saw when I walked in the door.  I knew I was going to have a good day. 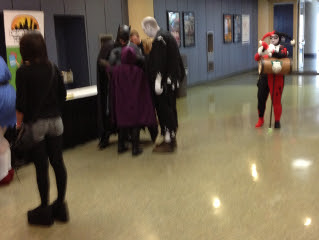 This was the first thing I saw when I walked into the dealer's room.  I'm not sure what he's selling, but he's part of the display.  Did Mario shaft you on the royalty contracts THAT badly, Luigi? 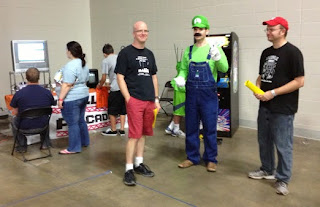 I liked this lady and thought her booth was adorable.  I bought some gifts for friends.  Currently deciding on the best way to ship them. 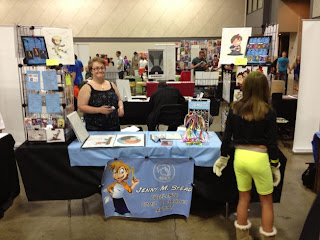 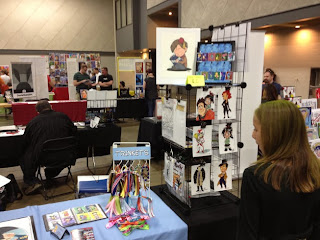 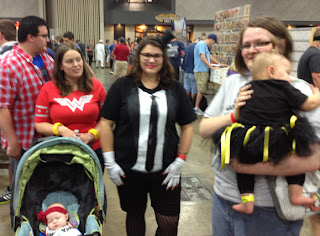 Behold, the Discount Demon Parade!  When I saw them walking around in a pack, I HAD to get a photo!  I took this one rushing ahead of them in a desperate attempt to get the effect of their parade. 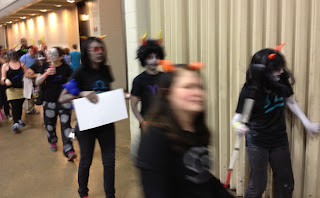 Of course, the moment they saw me take one photo, they immediately lined up and posed for more.  Sadly, the girl who had coke cans as horns has already taken them off and is drinking them. 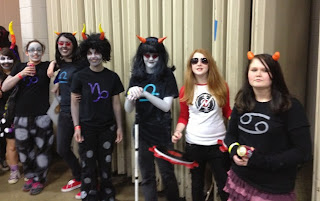 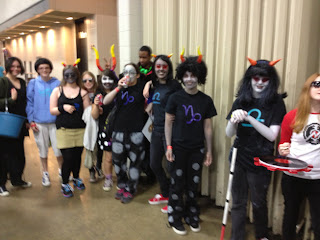 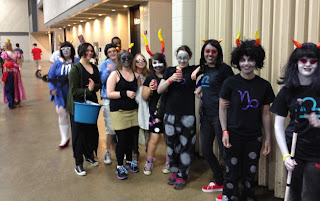 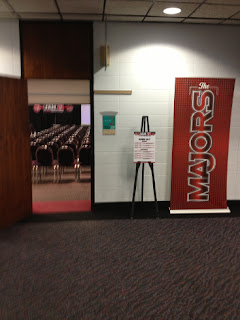 There's a slide show still on this projection screen, but my iSpud couldn't capture it.  Imagine how it adds to the eeriness of these lifeless halls. 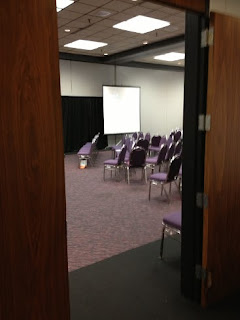 An easel and room schedule informs me that this is not an empty basketball convention.  It's an empty gymnastics convention.  Sure, that makes much more sense. 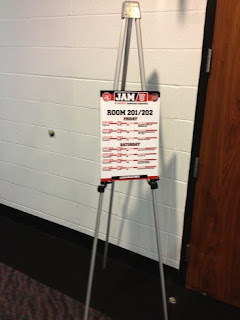 As an aid to understanding how I could get lost, I present this giant, doorless hallway. 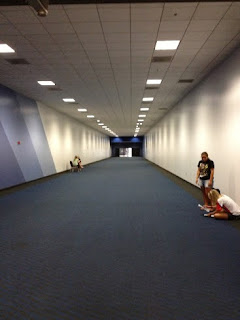 I did eventually find my way back and resume important duties, like finding out Luigi scored after all. 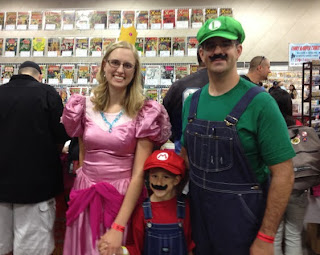 And photographing random people in random costumes for the fun of it. 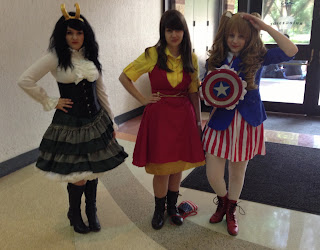 Such as Hell...boy?  (I wish I could have captured the incredible detail on that hand) 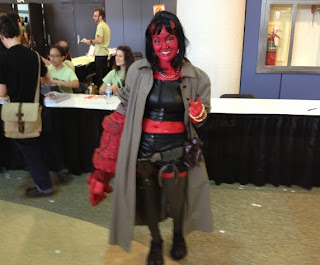 And of course, I had to get a photo of one of the multiple Fionas wandering the convention hall. 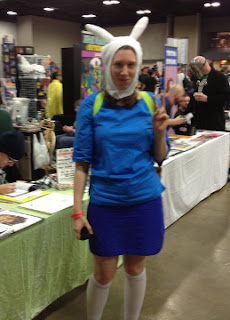 Having covered the place at least twice and enjoyed myself immensely (but it really was a very small convention, so the dealer's room was all there WAS to cover) I prepared to leave.  I was sure I had seen everything there was to see.  Walking up the aisle, I pass... this. 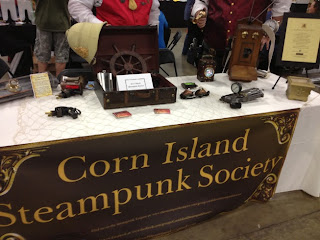 What is a Corn Island Steampunk Society?  They could be puppy home taxidermists for all I care.  They're the CORN ISLAND STEAMPUNK SOCIETY. 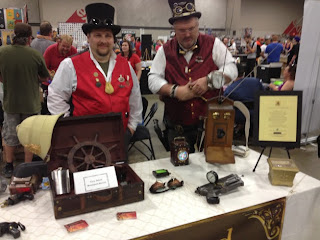 And... I think that's it!  Whew.  Must rest.  Must add more chapter breaks before emailing manuscript of Cades Cove novel to publisher.
Posted by Frankensteinbeck at 1:25 PM No comments:

Okay, so, I thought this was supposed to be a secret.  Apparently it's not.

There's this author.  His name is Aiden James, and his books are pretty popular, but apparently he's got too many irons in the fire.  My publisher made a deal with him.  They would find a co-writer to help with the next book in the Cades Cove horror series.

That turned out to be me.

So that's what I've been doing, and why there haven't been neat story updates here or anywhere else.  I'm writing book three of the Cades Cove series, and it's over half done now - I think.  It can be hard to tell how complete a book is, since I often get more inspired as the book goes along.  That's certainly happening here.

Getting into the head of the central character has been so important to my writing in general, working with someone else's main character has been a huge challenge.  I'm also highly resistant to things other people think of as horror.  They usually make me laugh.  As the book goes on I get to introduce more of the weird and pretty things I enjoy and slowly crank up the tension, but I'm going to have to hand this one to my editor and hope it's what they wanted!