If there is one universality of being a writer, it's that you get no professional courtesy.  My publisher loves me and treats me far better than anyone has before, but the cover art process has still been schizophrenic at best from my end.

And in this case, I go to my alpha-reader-slash-whatever-the-female-word-is-for-chump and get her to sketch up my various ideas, because it's very, very hard to describe picture composition in detail. 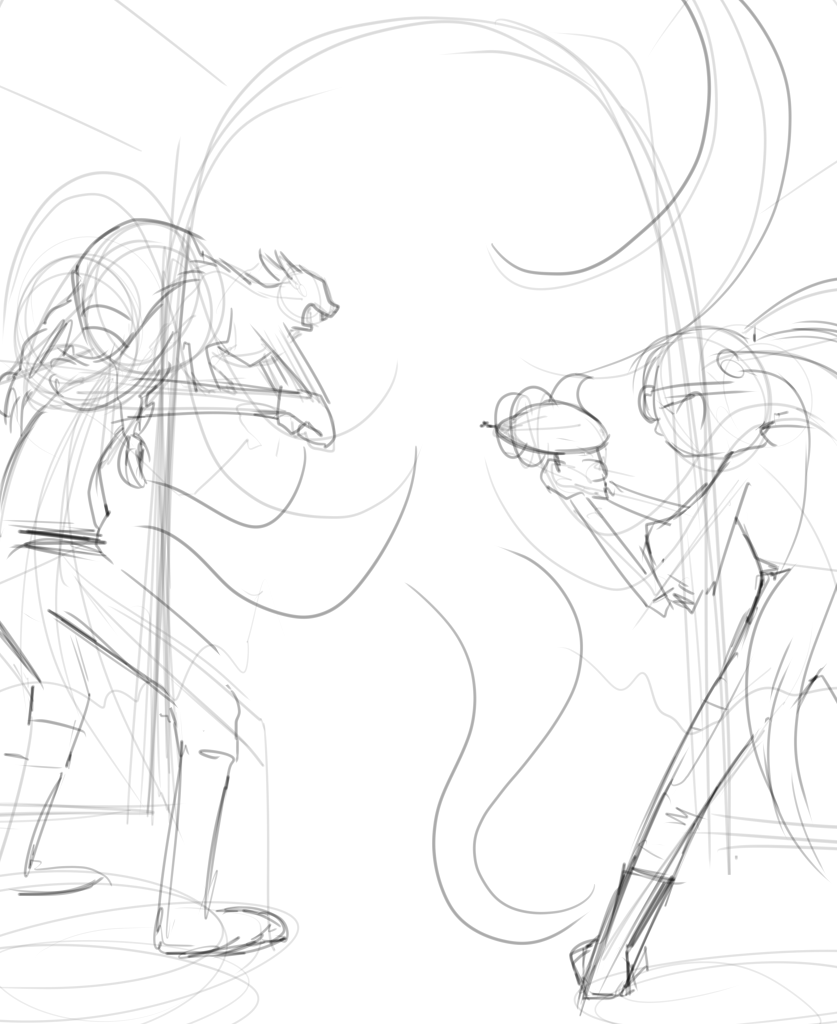 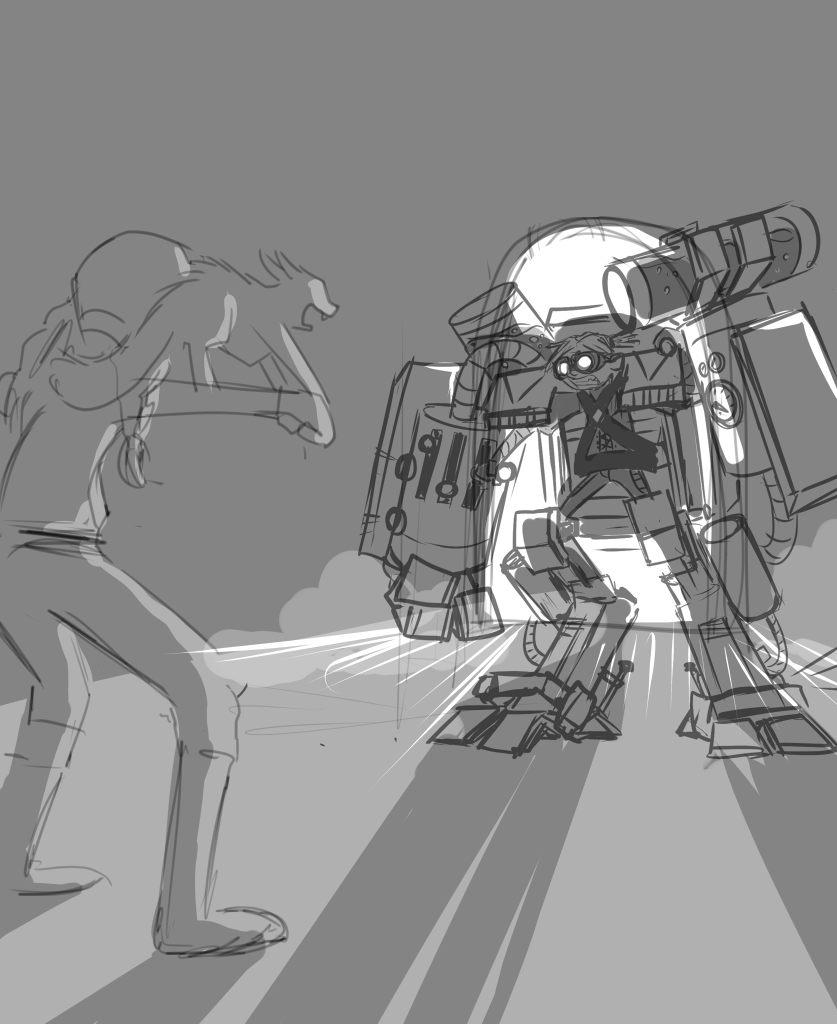 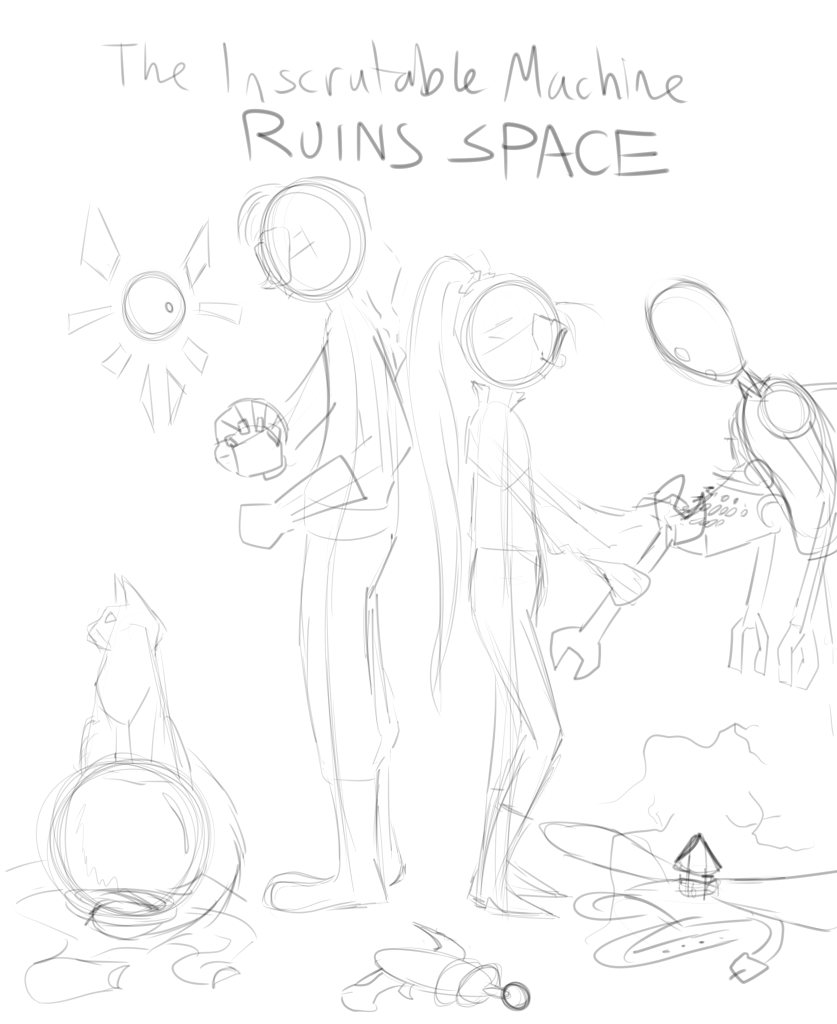 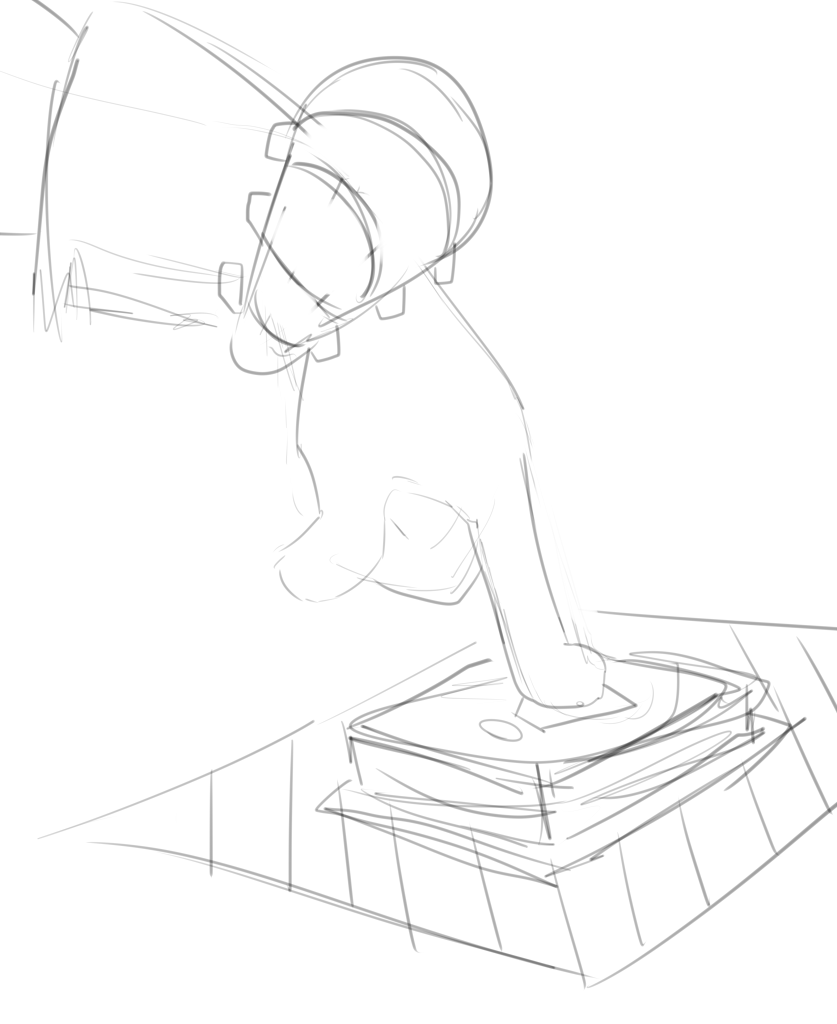 Then nobody talks to me for two weeks until they show me a finished cover version that has nothing to do with any of these.  This will sound terribly harsh to regular people, but honestly, Curiosity Quills by leaps and bounds treats me better than anyone I've ever written for or tried to write for.  Keep that in mind if you want to be a writer.
Posted by Frankensteinbeck at 10:59 AM 9 comments:

More Photos From My Exciting Adventures!

While I wait for my editing notes, wait SO LONG, I might as well upload some photos I've been taking.  I went to a couple of local events, the Louisville Ghost Walk and the St. James Art Fair.  I will make no attempt to tell you which pictures are from what.  It won't exactly be hard to figure out.

We start with the best photo of them all, my favorite thing from both events, the LOUISVILLE CLOCK.  This photo has been kept at full size so that you do not miss even the tiniest detail of its glorious tastelessness.  Is that a band full of racist tropes from a time before that was considered bad?  Why, yes it is.  Is that a naked woman balanced on waves with perky nipples and her butt facing you?  Why, yes it is.  This historic landmark has been moved three times to various places of downtown.  Can't imagine why. 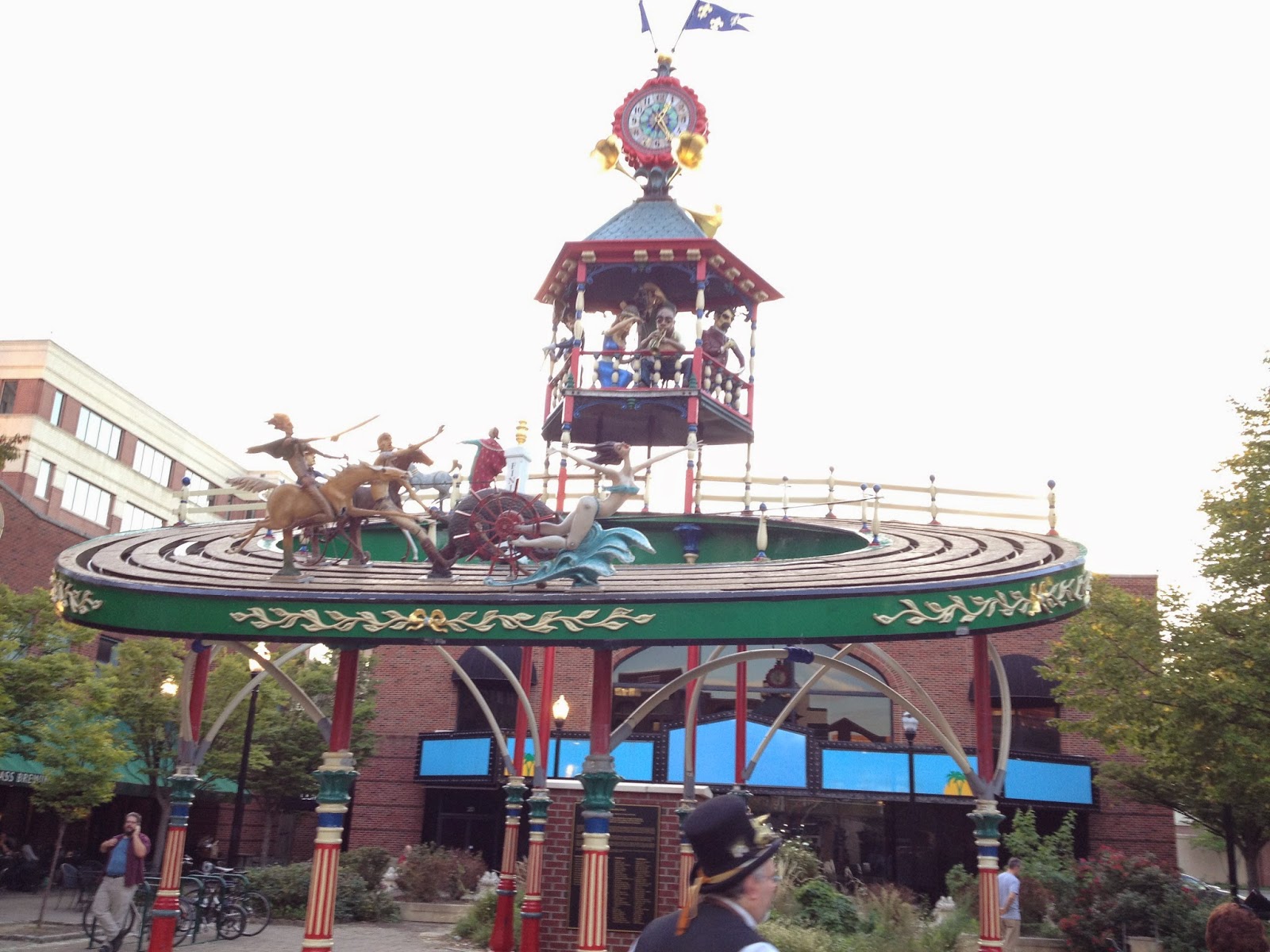 This is a haunted house in Louisville, but forget the supposed ghosts.  What's important is that it used to be owned by a fantastically wealthy family who operated a medical clinic and bred goats inside the same house.  There are no outbuildings - the goats mostly lived in the sister who raised them's bedroom. 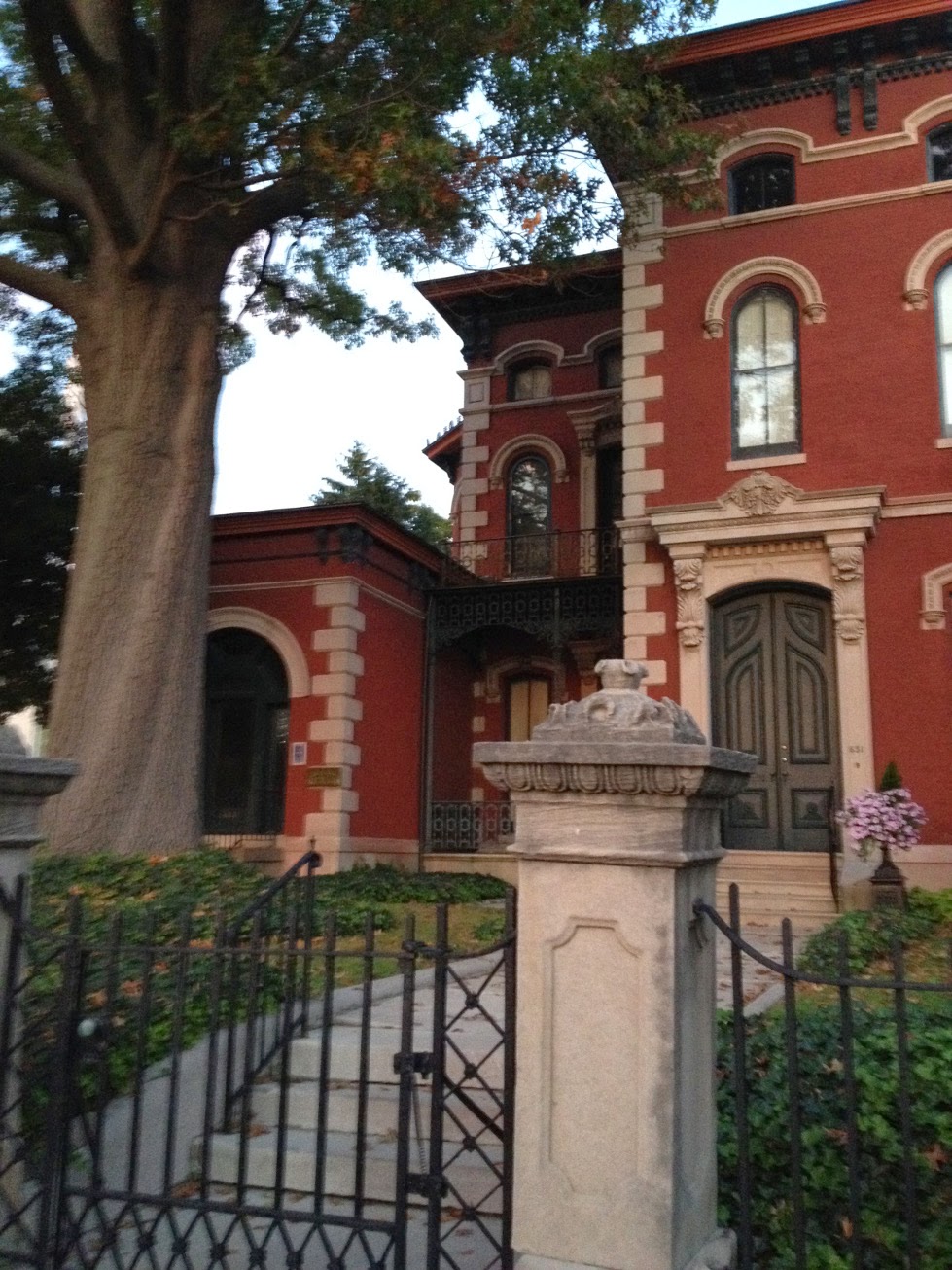 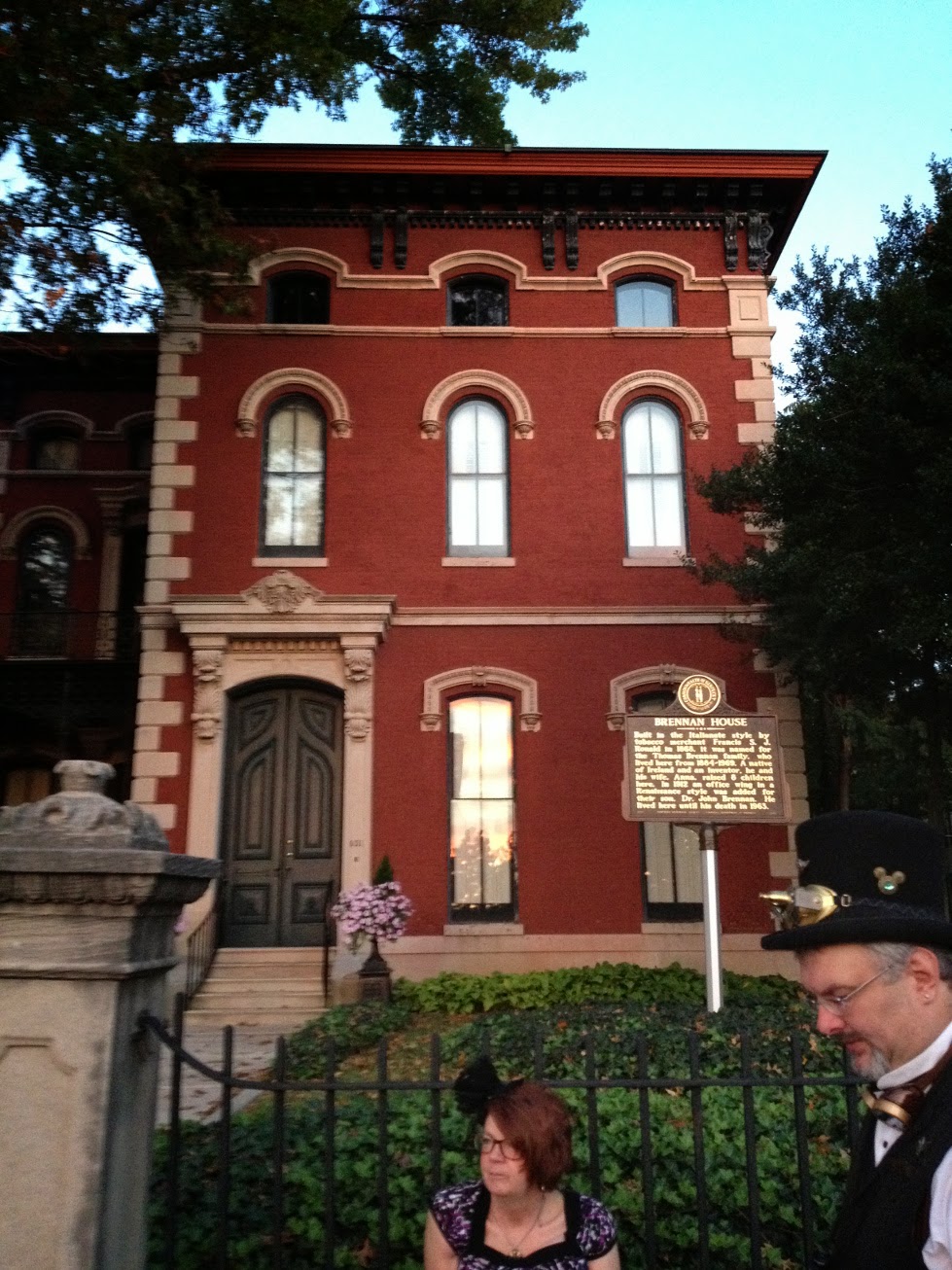 This clock is not important in any way.  I liked its little frowny face. 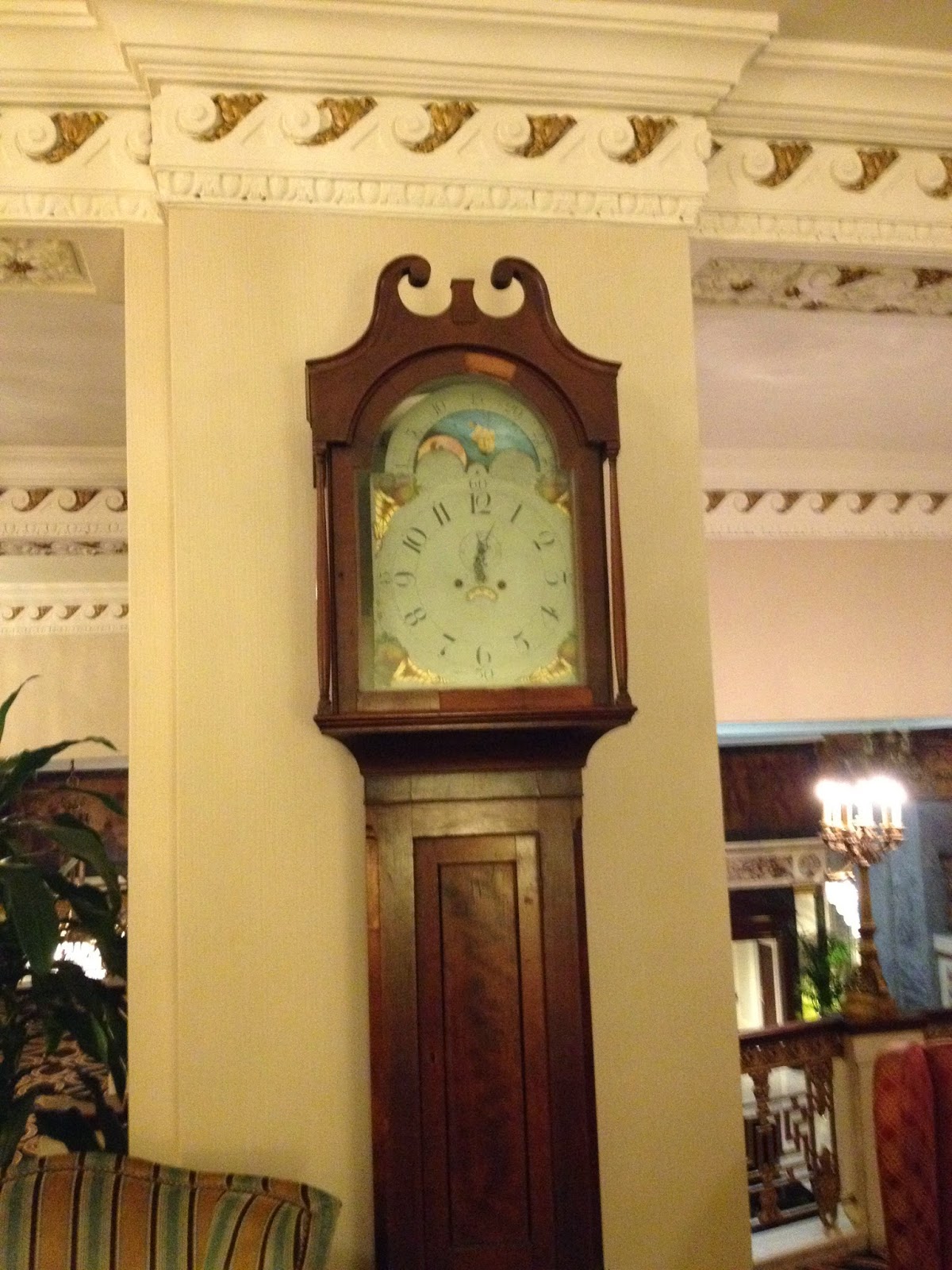 Similarly, I thought this little iron gate that encloses a little room protecting an underground door was super cool. 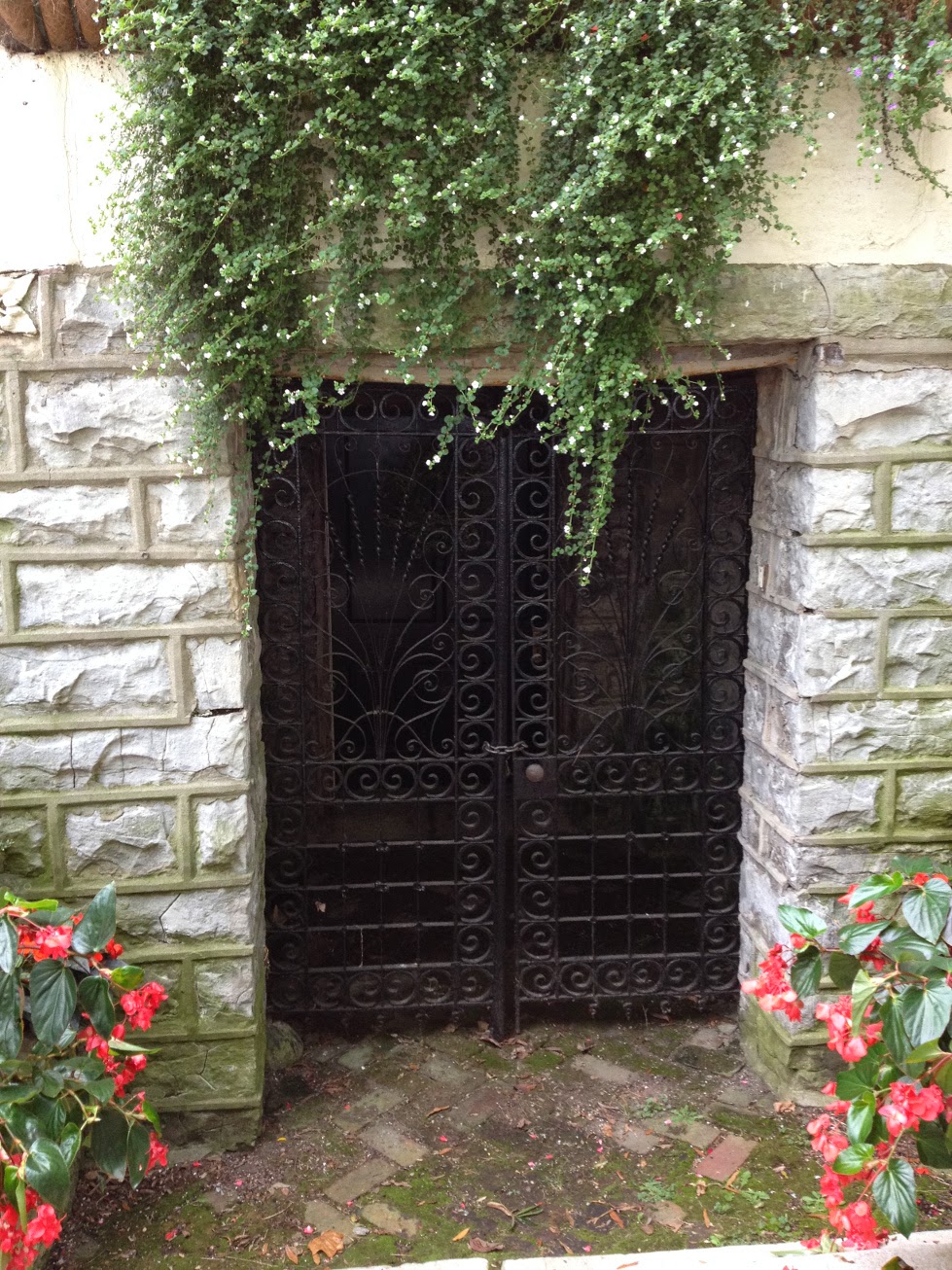 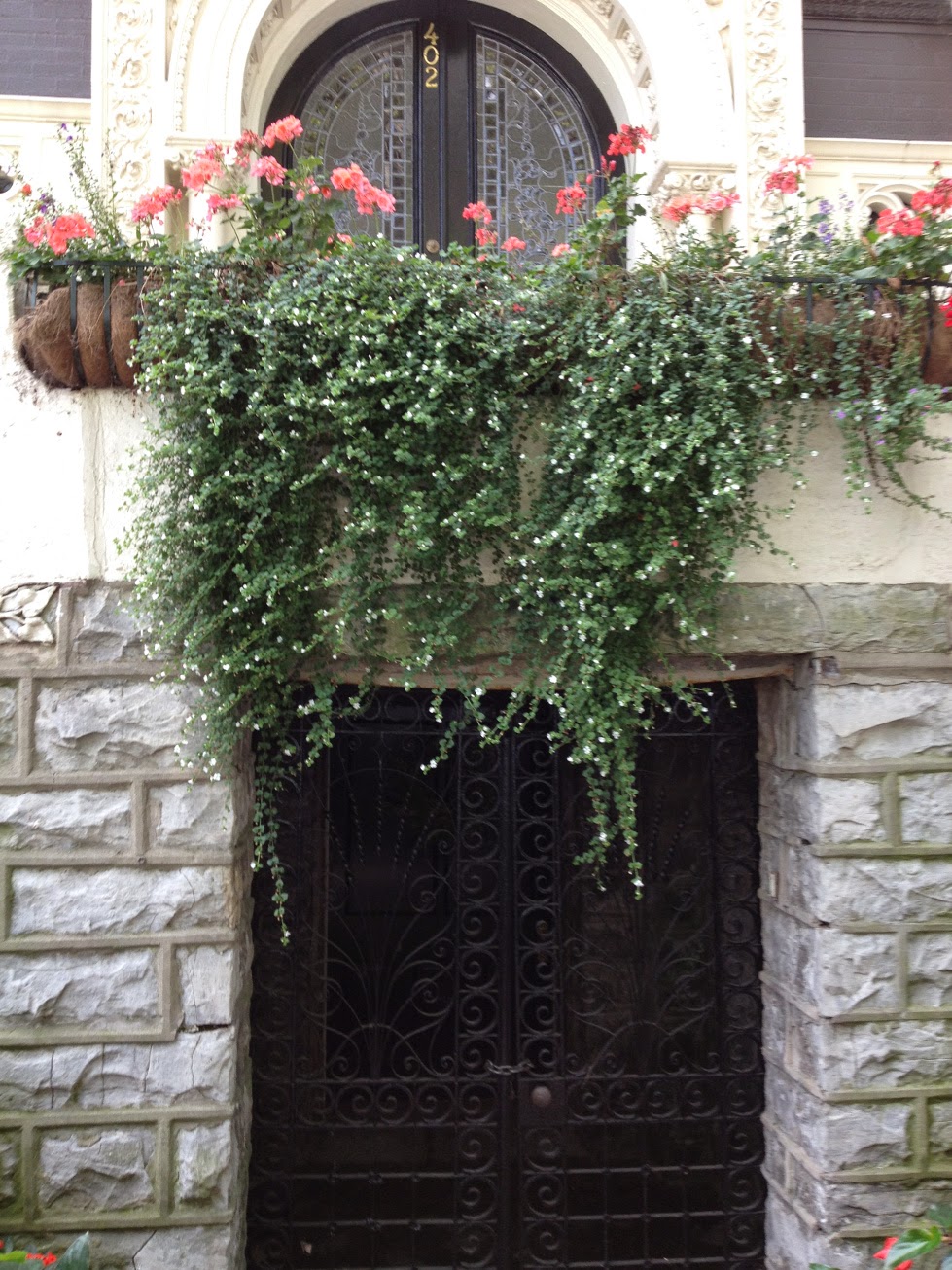 I have friends who like sheep.  There was an entire booth of sheep paintings.  Out of courtesy, I will mention that the creators were Sheep Incognito, website www.charisma-art.com. 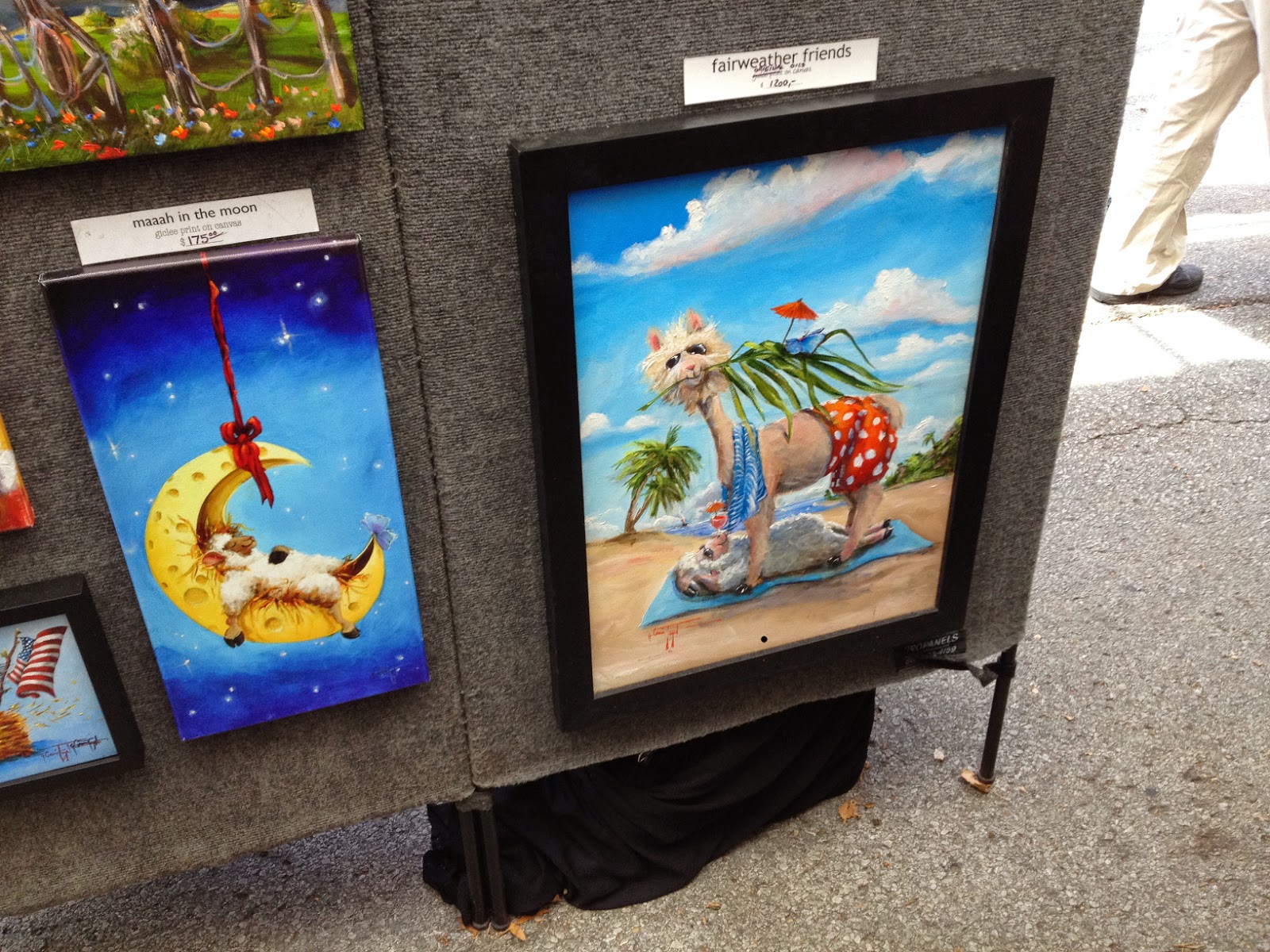 I took two pictures - actually, bunches of photos and chose these two as the best - of this booth.  I did not want anyone to miss the glorious statues.  In case you are struck with a burning, uncontrollable need for monkeys in jester hats, this is SnobHog Studio, www.snobhog.com. 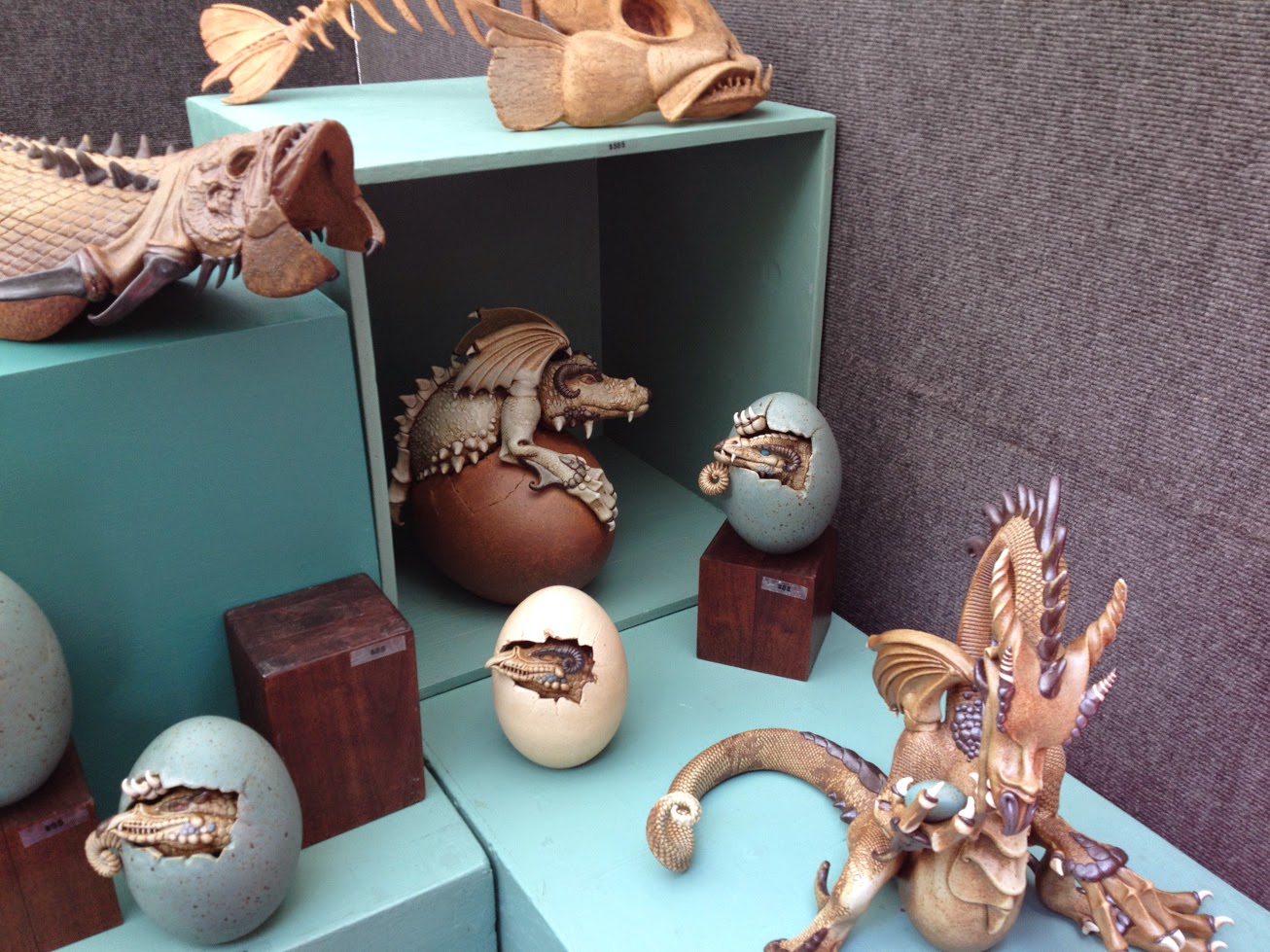 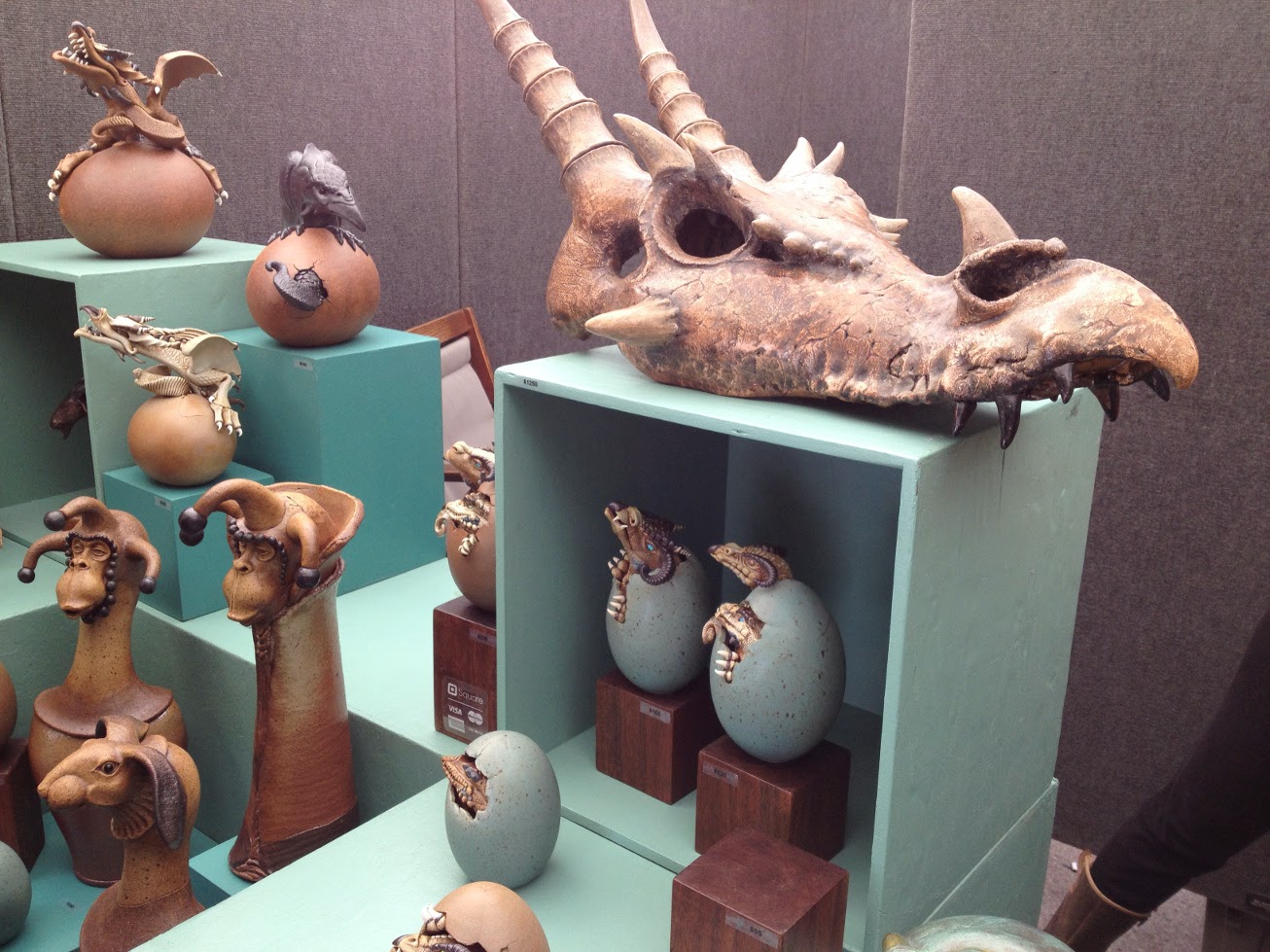 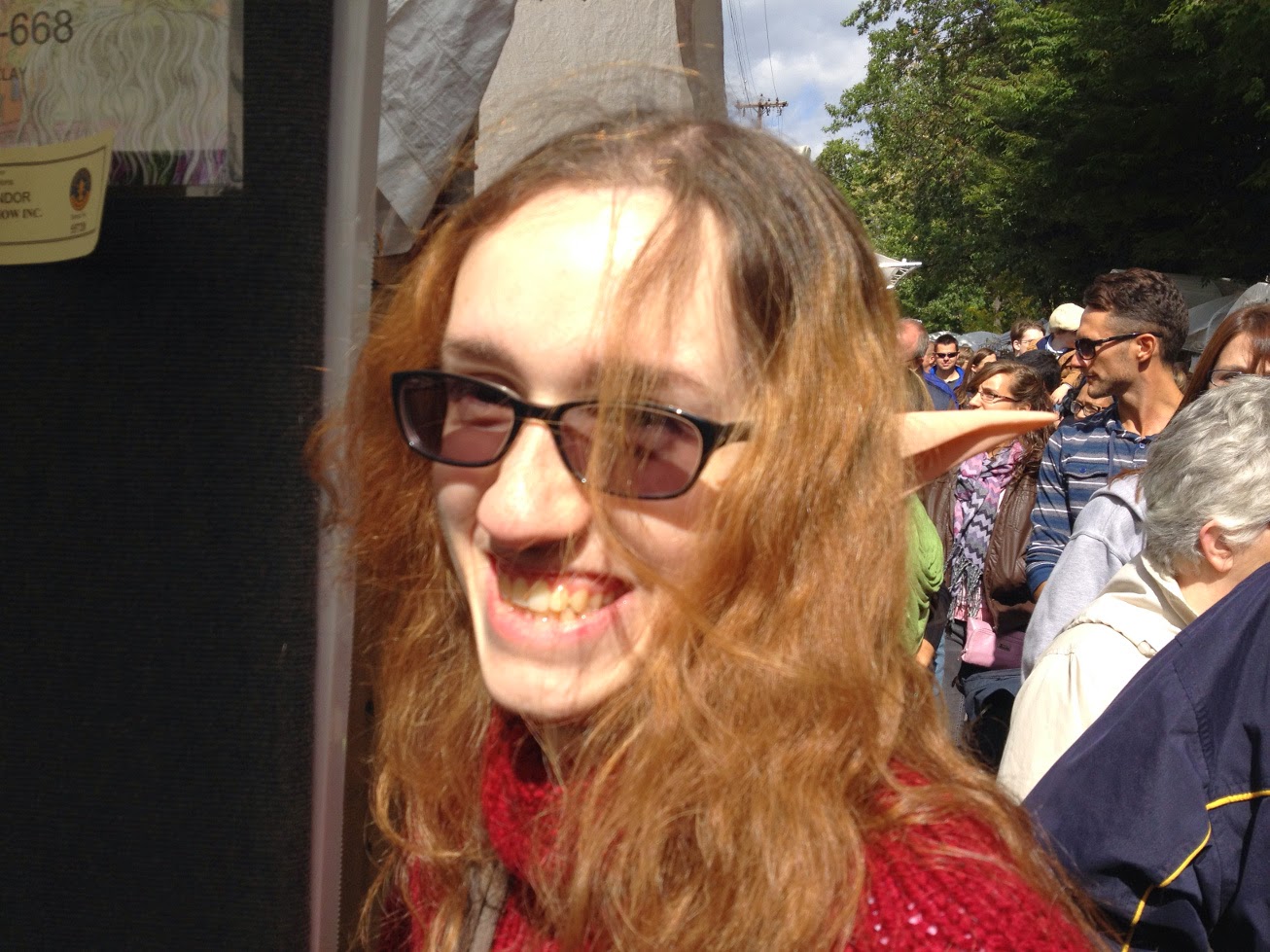 We had a storm.  That is wind damage which blew over that billboard.  No fooling.  This picture is actually really old, but I wasn't sure I'd shown it off and it is awesome. 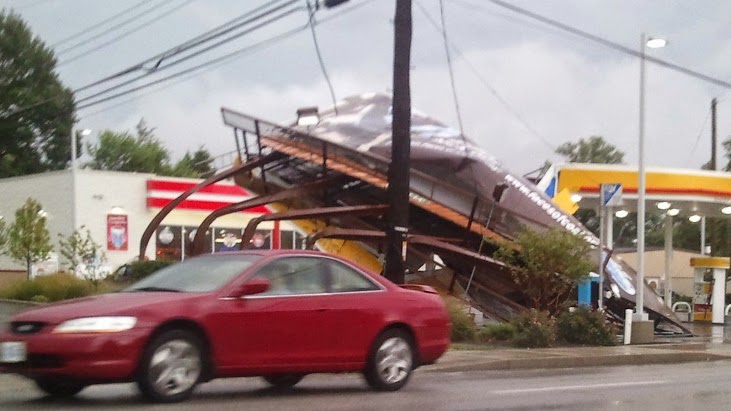 Same thing with this one.  The storm that bent a billboard backwards made this old car explode in flames and raining pieces in my neighborhood.  SO AWESOME. 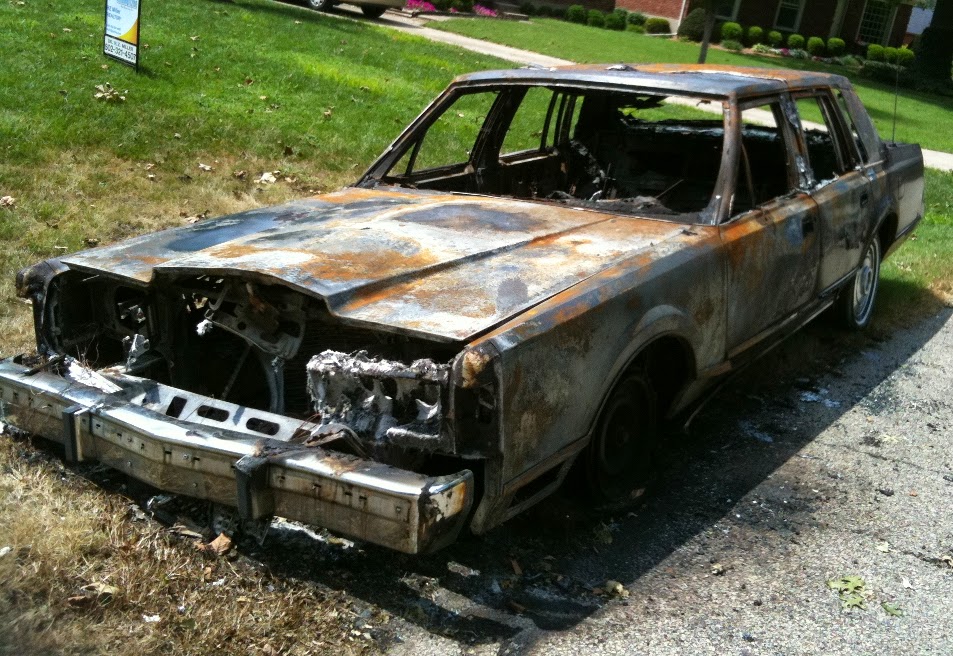 There!  All my words are saved for the editing notes that will hopefully arrive before you all give up on me and go read some other author.  Enjoy the photos instead.
Posted by Frankensteinbeck at 2:58 PM 1 comment: