Oh, Yeah, And This Happened

So we're in preorder, I guess?  They said a month?  It looks like it actually comes out January 20th.  I guess some of you will want to read, so here's the Amazon link. 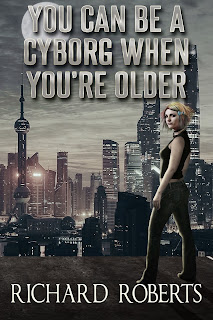 Posted by Frankensteinbeck at 9:29 AM 6 comments:

I will assume everyone here knows what shipping is.

I am not a big shipper.  I remember doing some shipping when I was a tiny lad, innocent and- okay, slightly more innocent.  Relationships in media are terrible.  Most ships are worse.  Through most of my life big name creators have been dedicated to hooking up the coolest girl in the property with the most godawful loser, whether or not it makes any sense.  From Fifi and Hampton (UGH) to Hermione and Ron (UGH) to...

Actually, I'm delighted to say horrible official ships have been slowly dying off.

I'm particularly happy because I only seem to get into canon ships, and at that the only ones that make me squee are when what looks like an insane, improbable pairing happens, and it works.  It works emotionally.  The characters have a real connection that binds them strongly.

The most recent is Entrapta X Hordak.  I love She Ra.  The show is great.  I could go on about it, and maybe I should.  And then this happened.

AND IT WORKS.  The dynamic fascinates me.  These two are the last you would expect to ship with anyone.  They are asexual in personality, and Hordak probably is physically.  They are 0% romantic.  What they are is amoral reject nerds.  Entrapta does not understand people.  She doesn't understand right and wrong.  She doesn't understand the world.  All she understands is her lab, her love of technology, and how the people immediately around her treat her.  Everyone cares about things she doesn't get, and they use her for her skills and move on.  It doesn't matter that other people really do care about her, they're not showing it in a way she grasps.

When they developed Hordak, it turns out he's only superficially a conquering megalomaniac.  He's insecure, only really understands science, and is trying to impress someone else who doesn't value him.  He doesn't get right and wrong.  He doesn't understand other people.  He doesn't really care about the world except as a bauble to give to his father figure, who used him and moved on.

Pushed together, they got each other.  They made each other happy.  They could share joys and goals in a way they can't with anyone else, because other people care so much more about stuff that makes no sense to either of them.

The other biggest ship I've gotten into?  Padippica.  Gravity Falls was fun.  I was pretty 'eh' on the relationships in the show.  Wendy's boyfriend was vile, Dipper's crush on her was an early teen's lust that feels world-shaking, and Mabel's boys had no real connection beyond Fun.

Then at the very end of the show, Pacifica revealed that she hates the cruel, empty doll she's been raised to be.  I know someone who empathizes strongly with that, and went through similar experiences.  That person was a heavy inspiration for Marcia's flip.  It made utter sense.  This is one of the ways people like Pacifica happen.  Dipper rescues her, and becomes her icon of a life she doesn't have to feel guilty for.  He's shallow and hungry for excitement and mystery.  Pacifica is a force of nature.  It worked... for exactly one episode, then the series ended before Dipper and Pacifica had a chance to interact again significantly.

I'm going to kill Hirsch.
Posted by Frankensteinbeck at 9:17 AM 1 comment: